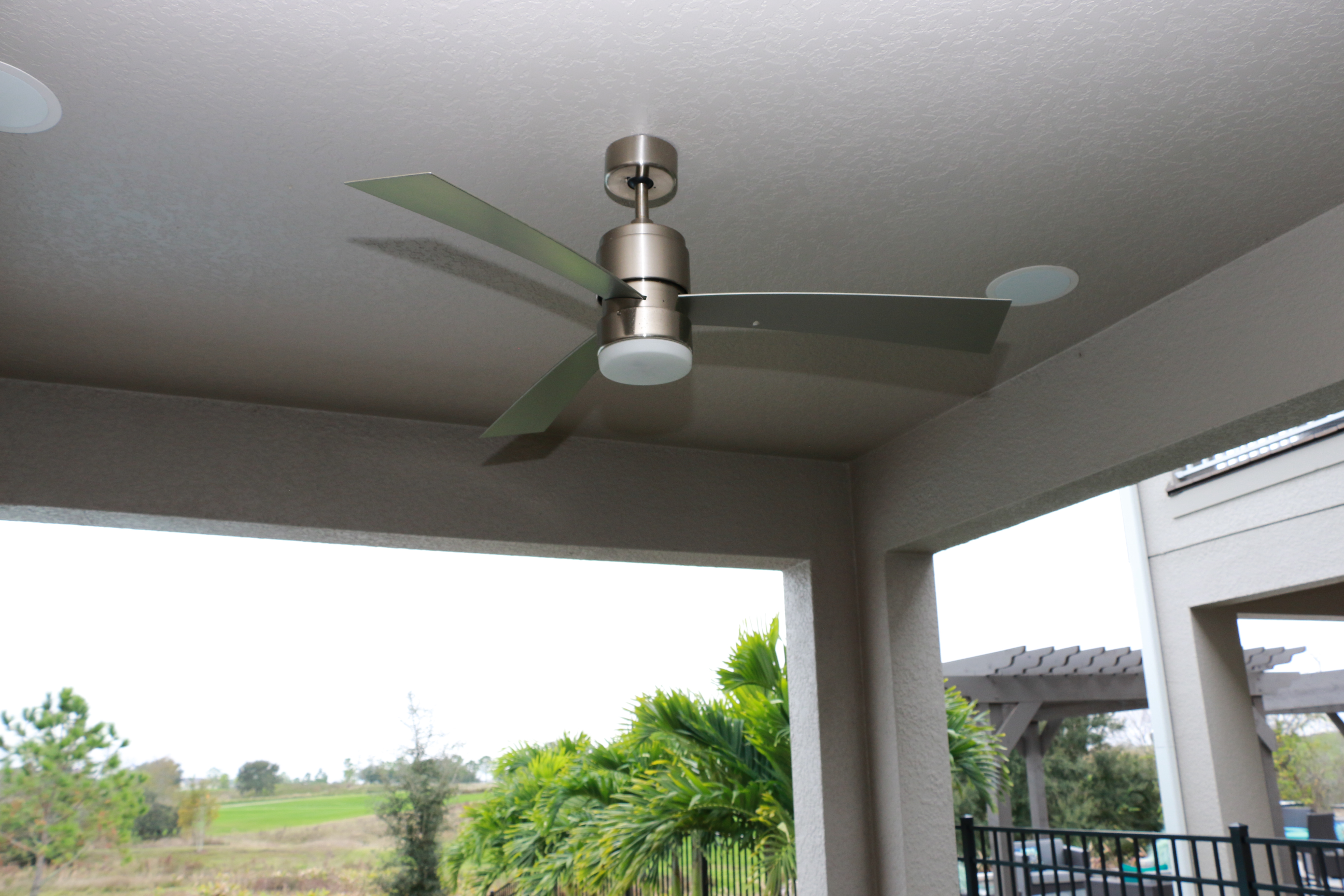 For homeowners living in Central Florida, cool air is a year-round must-have. With the hot, tropical climate, home AC units have to work extra hard to keep indoor temperatures low. This puts strain on your AC unit and shortens its lifespan as it’s run almost nonstop throughout the year. In order to help take some of the work off your AC system, homeowners should invest in installing ceiling fans in all main rooms and bedrooms. Orlando electric company, Strada Electric, wants homeowners to understand some of the top benefits in installing ceiling fans, as they will greatly improve your home.

A room without a ceiling fan won’t have anything to properly circulate the air conditioning pumping through your vents. The circulation a ceiling fan provides is critical in not only cooling the room it’s in, but also the house in general. Running ceiling fans while the AC is on helps move that cool air evenly throughout the house. If a ceiling fan isn’t utilized, the house can feel up to eight degrees warmer. Those eight degrees makes a huge difference when the whole house is trying to maintain temperatures in the low seventies.

There’s isn’t one homeowner out there that isn’t willing to find a way to decrease their electric bill. Ceiling fans are just the thing homeowners need to keep energy costs down. In general, air conditioners consume more energy than ceiling fans. By installing ceiling fans in key rooms, you can circulate the air making it feel cooler as air brushes your skin. In doing this, your AC units won’t have to run as often and overall will show a decline in your Orlando electric bill. Homeowners can also use fans on cooler days to help circulate air coming in from open windows. Depending on how well your AC is circulated, some homes can see up to a 40% decrease in energy payments. Choosing an Energy Star rated fan can help maintain the best efficiency and cost savings possible.

Installing new ceiling fans enables homeowners to benefit from features some of the older fans didn’t have available in years past. Many newer fans are installed with remote controls that allow you to adjust the fan speed without having to get up and tug on the chain. This provides incredible convenience to homeowners and even enables you to turn the fan lights on or off with ease. Many even have dimmers that help cut on energy costs as sometimes the full brightness of the light isn’t needed. In the future, this updated technology could help raise the value of your home.

There’s no better Orlando electric company than Strada Electric. If you’re in need of ceiling fan installation or simply need to replace an outdated one, then Strada Electric is the right company for you. Call us today at 877-906-1113, and we’ll make sure our top rate service has your ceiling fans promptly and properly installed.